Yeah for another awesome author!! Today Brooke Taylor is in the hot seat and has a fabulous guest blog for us!! Brooke's debut novel Undone will be out on July 18. It is a completley amazing book and I hope you all get a chance to read it. To read my review click here. Brooke is also a member of the Class of 2k8, which is a fabulous bunch of authors all releasing their first YA or MG book this year. I hope you all enjoy the guest blog as I thought it was simply great!! Thanks again to Brooke for stopping by. 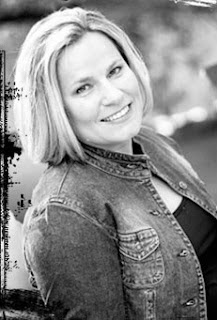 Have you ever asked—are they real?

Um… maybe I should clarify—have you ever wondered if the characters in a book were based on real people or how much of a book is based on real life?

There is a lingering fear in the friends of writers that they will somehow turn up in a book, like as the bad guy.

Popular advice amongst writers is: “Write what you know.” But do writers really do this? The short answer is yes. In probably every fictitious novel there is some amount of reality. My debut novel Undone is no exception.

Kismet is a fictionalized mish mash of cities in Colorado. One is Evergreen, Colorado, which is an upscale bedroom community just up the hill from Denver, much like Kismet is. Another is Vail, Colorado, which is much further into the mountains, but has more of the luxuries that Kismet has, including a full service hospital (one that I had my knee operated in, believe it or not).

The trip Serena took with Cole to The Stanley Hotel in Estes Park is sort of real. I used to work in Estes Park and of course no visit there is complete unless you go to the haunted hotel made more famous by Stephen King’s The Shining. The other real part is that I had a friend who, like Cole, forced me against my will to watch the movie like a thousand times and then she obsessively quoted it for weeks. And let’s just say that all Shining quotes and no play, make Brooke a very dull girl! I’m also very creeped out by twin children.

Many of the details that turn up in Kismet came from my years living in the mountains of Colorado. The extreme degrees of difference between the wealthy and the working class is very much a factor in most of Colorado’s mountain towns—you either live in a mansion of a log home or an apartment that hasn’t seen new carpet since the 1960’s. There is no in between. Both Vail and Aspen used to have Saab’s for police vehicles, just like Kismet was trying to get. And my favorite pizza place, Beau Jo’s, even makes an appearance. In RL, the original location is in Idaho Springs, Colorado. You must go if you ever are heading up I-70 on a ski trip.

When I worked at Keystone Resort I was sent, along with the whole IT department, to Denver to listen to a motivational speaker. One of the things they had us do was to write a list of five things we didn’t think we could obtain, but wanted to. I wrote down things like: Earn XYZ amount of money (double what I’d currently been making), Get out of debt, Finish writing a book, and Travel (something I couldn’t afford to do at the time). I folded up the list stuck it in my notebook and promptly forgot about it. (I’m sarcastic and skeptical, much like Serena is.) But just as the speaker promised, something in my brain refused to let go. Within two years I’d taken a job for 3 times my salary and it was on a cruise ship where I would spend the next five years traveling, not only getting out of debt but saving money, and finishing writing my first book. Amazing what a Post-it note can do!

When I was in high school, there was horrible car crash. It didn’t occur on school property, and none of the students actually saw it—but the details were known to everyone. Two boys, brothers, were in a car driving ahead of their parent’s car when a drunk driver hit them head on. I’ll never get the images out of my head of the boy’s parents witnessing this happen. I remember what it was like at school, what was said and what was not said. I remember feeling a little bit differently about my plans for the day, about the dramas with my friends. It was a horrible day, but it was also a day that brought about changes in each of us.

A part of me is each of my main characters, and their friendship reminds me of some of my own, but neither Serena nor Kori are based on anyone I know. They are their very own people, with their very own relationship, and their very own story. With just a little bit of detail stolen from the author lady.

So now you know what is real and what is fake!

great guest blog.....some images are not showing up :(

Great gues blog and I agree with booksandlove some images aren't showing up.