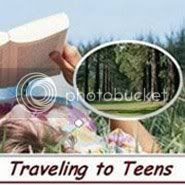 Avery is desperate to just be dull and normal. Unfortunately though, that will never be the case as he as superpowers. Yes that’s right – superpowers - as in he can lift a car like one lifts a can of pop and of course he can fly! The thing is though Avery has lost all of his friends as he tries to fade into the background, hoping no one will figure our his secret. As he goes through his day-to-day life he always seeks a new way to help people, but then one day he goes too far. In an attempt to stop a robbery he creates a lot of damage and ends up meeting a mysterious lady named Cherchette who can cause a room to be chilling cold and creates ice. When his parents find out about the damage he caused in his attempt for a good deed they opt to send him to reform school, hoping to get him back on the right track.


Avery actually finds his new school to be somewhat cool. Yes, there are a ton more bullies and guys that can’t stand him, but he meets Darla, the girl genius. The two quickly become friends and Darla soon introduces him to Sophie, Catherine and Nick, three other super children. Together the four children embark on adventure after adventure anywhere from saving lost campers to just having fun together.


Of course, as with any great superhero (or in this case superheroes) there comes an evil mastermind. This group of heroes must go on their toughest adventure yet to hopefully destroy this mastermind once and for all.


This book was AMAZING. By far the best debut novel I’ve read so far this year. It had all the elements needed to make a book amazing.


Now onto the real review (although the few sentences above completely describe my feelings!). Sarah Cross told a story about a super guy wanting to be dull and turned it into a supercharged adventure, making the reader wish they were not just normal, but super, just like Avery. This book literally has everything - smarts, hilarity, a little bit of romance, tons of action, and of course, phenomenal characters.


The story itself was fun, down to earth, and anything but dull. The author really developed the plot, making sure the main plot was showcased, but also creating a few little side plots that were just as good. There were lots of twists and turns that I never saw coming always urging me to keep on reading. What would have been really cool is if we had gotten to see the story from a couple different perspectives, but hey I’m not complaining, Avery’s voice was great. That’s another thing that was really impressive, the fact that Sarah Cross was able to create a male protagonist and make him sound and feel authentic without overdoing it and making him perverted.


This leads me into the characters, which I believe absolutely made the book. Each and everyone was well developed and had their own quirks. Avery and Catherine were by far my favorite characters. Their personalities jumped off of the page and they were extremely realistic. I instantly felt a connection with both these characters, sympathizing with them at their low points and cheering them on for their high points. I thought it was splendid how well the author was really able to make the characters stand up from the pages and make the story come to life right in front of your eyes.  Oh, and then there is the evil mastermind (you must read the book in order to identify this mysterious character) who was just sooo evil that all I wanted to do was strangle them…ahh the reality of it all!

With a name like Sarah Cross you must be some form of secret agent/spy/superhero. So please spill…which are you?


I'm a perfectly normal civilian!! Please ignore those pictures you've seen of me wearing a pink ninja costume. And that subterranean lair I sometimes disappear into? That is just ... um ... I am performing routine maintenance work on a, uh, drain pipe. Yes ...


In DULL BOY Avery has a hard time finding the right “group of friends.” Was this an event you pulled out of your own life, or do you think it is something that all teens struggle with?


Wow, yes, nice job spotting that, LOL. I definitely had a friend-shift in high school. My BFFs went in all different directions, and I went in another--although I do think a lot of teens struggle with that. You're often a different person in 9th grade than you were in middle school, and a lot of those friendships don't carry over. It's natural to drift apart from people; the sucky part is that, yeah, it's pretty obvious you don't belong with your old friends--but who DO you belong with? It's a huge relief when you realize that the things that make you a freak to some people, make you awesome to others.


What started your love for comics and superheroes?


The old 1990s X-Men cartoon (now on DVD!) was what really set me on a superhero-loving path. Was there anything surlier than cartoon Wolverine, who, in a fit of rage, used his claws to slice off the top of Cyclop's car, inadvertently giving him a convertible? Anyone more quotable than cartoon Beast, who ensured I'd be saying "Though I am always in haste, I am never in a hurry" for years to come? And who didn't love Gambit & Rogue's over the top accents--which went perfectly with their over the top romance?
Once I saw that cartoon, I was hooked. I found my local comic shop and waved goodbye to all my money.


As a debut novelist I’m sure you’ve been surprised by some things in the literary world (maybe not, as I am convinced you have superpowers). What shocked you the most?


I was shocked that hazing exists in the YA literary world. Like, in order to be admitted into the community, you have to endure horrible things, like having a vampire crawl through your window to watch you sleep at night. I was lucky that my assigned vampire was friendly, and knitted me a hat, scarf, and matching poncho to pass the time while I was unconscious. But not every author is so fortunate.

As I am your latest fangirl, I am eager to know what you have in the works? Will Avery and the gang return again?


I hope they will!! I definitely have plans for them. It all depends on reader demand, though, so if you want my publisher to know you want more Dull Boy, tell your friends about it, ask your library to order it, etc. It's totally your reader/blogger superpower. ;)


Who’s your favorite superhero? Why?


My favorite superhero is Batman (surprise, surprise, right?), but let me tell you about my favorite lesser-known superhero: Wildcat.

Wildcat is a boxer turned crimefighter. He doesn't have any special powers, and honestly, I have no idea why he dresses in a cat costume. BUT: He dresses in a shoddily constructed cat costume! It has whiskers! And he once fought a kangaroo. No, really, look: 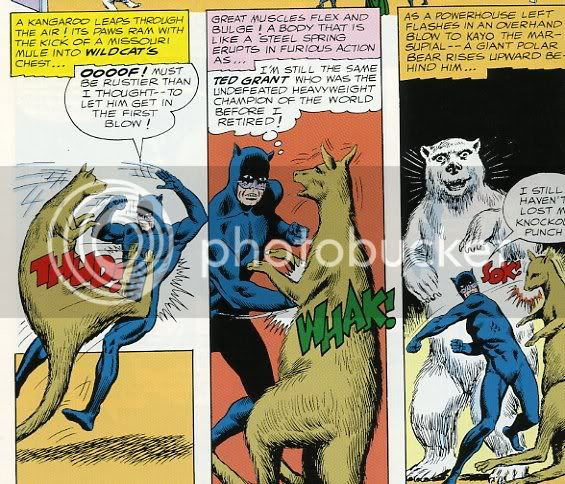 
Last, but not least, is there anything else you wish to share/ask/comment about?


No, I think that about covers it! Unless you want to tell me who your favorite superhero is. ;)


Well my favorite superhero would have to be Wonder Woman...don't really know why, but she is!


Thanks so much Sarah for answering my questions and I hope all of you readers enjoyed the interview and review.

fun interview! love it! the hazing story was a hoot!

great interview! I love Sarah and Dull Boy and she did a great guest post for me too!

Thanks so much for the interview - I can't wait to get my hands on a copy of this book.

I'm going to look out for this book. Great review/interview!