First of all I want to announce the winners of the House of Dance contest. Please contact me at andanotherbookread@gmail.com, with your address within 72 hours or I will have to draw a new winners. 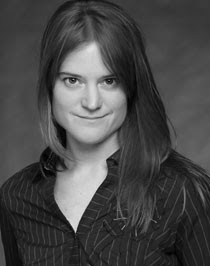 1. What inspired you to write the Pretty Little Liars series?
I grew up outside Philadelphia, in a community a lot like Rosewood. I wanted to write a book about a place and people that seemed perfect on the outside...but had a lot of deep, dark secrets. I also really like psychological thrillers: I was really into Twin Peaks, when it came out, I love the mysteries in the show Lost, and I love books written by unreliable narrators that have a lot of unrevealed secrets you don't find out until the end.
2. Which character do you see the most of yourself in?
I'm all of the characters, I think-- I'm like Spencer because I'm competitive, a bit of a perfectionist, and a little neurotic. I'm like Aria because in high school, I was artistic and so over everyone else who went to my school. I've also spent some time in Iceland, which is why Aria's family lived there! I'm like Hanna because I, too, used to have eating issues when I was younger, and understand what it's like to feel pressure to be thin and perfect. And like Emily, I'm a swimmer. And I think I'm emotional like Emily, too-- she really feels things deeply, and is the most moral and grounded of the characters. I love writing her scenes for that reason.

3. What experiences have shaped your writing style?
Well, I try to be both funny and a little sad and a little scary. The funny part comes from my family-- my parents, my sister, and my relatives all have great senses of humor. We're all very self-deprecating, which I think comes through in my writing. I think whatever I put my characters through, I ask myself how I'd feel in the same situation. I really try and connect with their emotions, drawing through some of my own experiences. I think it makes the writing come alive
4. What’s one of the hardest parts of being a writer? The best?
The hardest is the waiting-- from editors, agents, etc. Whenever I send off a manuscript, I immediately think of all the things that are wrong with it. And then it's weeks before I actually hear what I need to change. It's also hard sometimes to work from home without a lot of interaction. that's also the best, however-- when I had an office job, I used to write stories during downtime. But I shared an office with two other people, which meant they were always on the phone, etc., which was pretty distracting. It's also a thrill to be able to write AS MY JOB. I love writing-- it really gives me a pleasure to do it, most of the time, even when all of my sentences come out wrong-- so it's a dream come true that this is actually what I do for a living. I'm incredibly grateful for the opportunities I've been given. 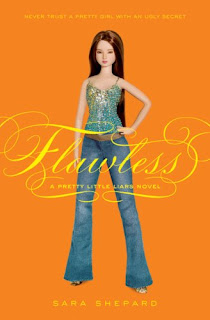 Basically in my office, which is a room in my house. Preferably the morning, really early, like 6:30-8:30. But inspiration comes often when I'm away from the computer. Often, I go running to clear my head, and the best runs are when I have about six ideas all at once, cascading one after another. Everything clicks. Then I quickly rush home and type notes so I remember my thoughts. The worst is when I forget!

6. What are your top three favorite books of all times?
Ooh, that's tough. I love so many books. I'll tell you my top three favorite books I've read in the past year: first is Then We Came To The End, an adult book by Joshua Ferris. It's about an office-- sort of like an office I worked in-- and it's just hilarious and brilliant and really wonderful. Second is The Luxe, by Anna Godberson. It's Edith Wharton for teenagers--- really good. Third is Frenemies, by Alexa Young. A lot like the Clique books. Super funny! I've loved so many others, too, adult and YA. It's hard to choose.
7. If you could choose any one o 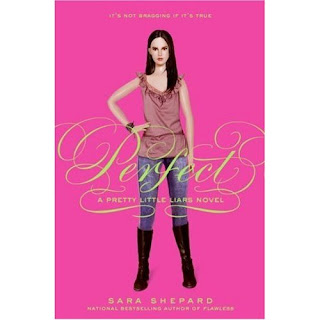 f your characters, which would you be?

If I could choose to be any of them? Well, being that I AM parts of all of them...and sometimes not-so-great parts, I’m not sure I’d want any of their lives! They've had to deal with some pretty scary things, after all. I don't think I want A torturing me about my secrets!
8. All the characters in your books are quite the schemers. What is the craziest plan you’ve ever come up with?
I'm totally not a schemer, in high school or now. But now that I think about it, I DID start to make things happen when I was older, once I lived in New York. When I wanted an internship at Elle magazine, I went up to one of the fashion editors that I vaguely knew (friend of a friend) and basically said, point-blank, "I'm going to be your intern." And she took me on! (So yes, I knew Nina Garcia, although I'm sure she wouldn't remember me. I wasn't her intern. And she was fabulous even back then, and this was 1996.) I also convinced my editors at Alloy Entertainment that they should pay attention to me (and let me develop projects with them) by crashing their Christmas party in 2001. My sister worked there as an intern, and though the party was strictly no-outsiders-allowed, I went anyway. But the schmoozing worked-- I started developing projects with Alloy soon after. And that eventually led to Pretty Little Liars!
9. Do you have any advice for aspiring writers?

Read a LOT. Don't be afraid to show others your work. Don't be afraid to take criticism. Develop a thick skin. Keep trying. Writing is TOUGH. I've probably written thousands of pages that haven't seen the light of day. If you really love it, you have to keep going. 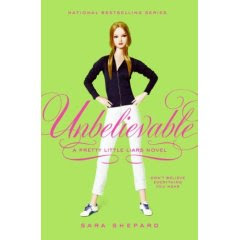 10. I heard that you’ve recently sold your first adult novel to Simon Schuster. What’s that one about?
It follows a girl, Summer Davis, from age 15 to 26. When the story starts out, her mother abandons her family, just as her father is starting to slip into a devastating depression. Summer is forced to choose between her own ambitions and taking care of him. On the way, she finds out a lot of secrets about her family, things that explain where her dad is coming from. There's love thrown in there, too, and DNA, and a jackalope, and all kinds of other crazy things.
11. What’s one quirky thing that you care to share?
Hmm. My sister and I have a made-up world featuring things with square heads, bug-eyed pelicans, two leaders who are very small and ride on a donkey, and the leaders' henchmen, which are called doppelgangers. We've been developing this alternative 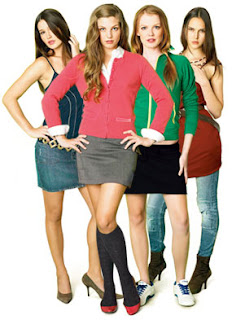 universe since we were 6 and 9. She's 28, and I'm 31, and you'd think we wouldn't be doing it anymore, but we still are.
12. How many books will be in the PLL series? What are you currently working on?
There will be 8 books. I'm working on book 5, Wicked, right now. Yay!
13. Are there any questions you wish I had asked

The book covers look great! Very catchy. And I love the author photo!

I just bought Unbelievable and can't wait to get to it. I love this series, they're scandalously-awesome! Great job Sara, on making a great series!

I've always wanted to read this! My older sister read it and she loved it. Awesome interview! =D

When will Wicked come out?

omg! I Can't wait until i get the newest Pretty Little Liars book; Wicked. SARAH SHEPARD is awesome!