Carrie Jones is the fabulous author of Tips on Having a Gay (ex) Boyfriend (which won quite a few awards and was nominated for a few more), Love (and Other Uses for Duct Tape), and finally her latest release (which comes out today and is totally AMAZING!!) Girl, Hero. And to think this girl just graduated from Vermont College’s MFA program for writing. For my review of Girl, Hero click here.

Carrie was part of the Class of 2k7 and lives up in Maine, where I'm hoping she's working on a new book!! She's a very funny lady, who thoroughly enjoys Skinny Cow fudgicles, as do her cat and dog.

To learn more about this hilariously awesome author visit her at: 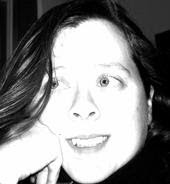 Okay. So, I guess a lot of you know that writers are really REALLY really insecure. And to make it worse we have these things called 'internal editors' who make us doubt ourselves ALL THE TIME. My internal editor is John Wayne, this dead movie star who shows up in my book GIRL, HERO.

Today is one of my all-time insecure days because it's GIRL, HERO's release day. So, I'm: 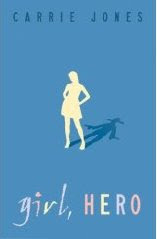 Me: Can we please not talk about this, Mr. Wayne.
Mr. Wayne: Talk is cheap, I get you, but I think it's fine to put your fears out in the open, saddle up, and shoot 'em down.
Me: That's pretty violent, Mr. Wayne.
Mr. Wayne: Ah, yep.
Me:
Me:
Mr. Wayne: You know, as I've told ya before, 'Courage is being scared to death, but saddling up anyway."

Me: Okay! Okay! Stop giving me the glare down. You are dead. You are a dead movie star, remember?
Mr. Wayne: I try not to.

Me: Fine. I am scared because my third book is coming out soon, the GIRL, HERO book.
Mr. Wayne: You should be celebrating. Hold on. I got me a bottle of Old Duke somewhere --
Me: It's 8 a.m.
Mr. Wayne: Yeah, so?
Me: See? Now I have to take care of you just like Maureen O'Hara did in that movie...
Mr. Wayne: Yeah, so? I kind of like it.

Me: You're supposed to be taking care of me! I'm the needy writer who is really stressed about her next book coming out.
Mr. Wayne: Well, what's making you so stressed?
Me: I'm worried no one will a. read it, b. like it, c. notice it exists.
Mr. Wayne: I'm in it, right?
Me: Sort of.
Mr. Wayne: Then people will notice it exists.
Me: I wish.
Mr. Wayne: What do you mean by that, neurotic little writer person?
Me: Well, you are a dead movie star from a long time ago.

Mr. Wayne: Why don't you go sit at your computer and worry about your book? 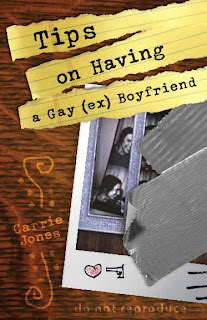 AND HERE (BECAUSE YOU ASKED) IS THE STORY OF HOW MY FIRST BOOK, TIPS ON HAVING A GAY (EX) BOYFRIEND GOT PUBLISHED.

It begins as all good things do with an email announcing the creation of Flux, an imprint of Llewellyn. Flux was accepting YA novels. Hhm? I thought to myself. I just wrote a YA novel. Sure, I hadn’t shown it to my advisor at Vermont College’s MFA in Writing Program. Sure, I hadn’t let ANYONE read it. Sure, I only just wrote it in the last month and it was rough, rough, rough. But I sent it in. I chugged out a cover letter. I found some stamps. I mailed it.

Here is what followed, taken from my livejournal entries.

Sweet Editor Man called me within a week of me mailing the manuscript. Seriously. It was wild.

Okay. Here’s the big question of the day: Why am I so stupid?

I will work on the self esteem exercises tomorrow… but today! Today! Today I am allowed to realize the full extent of my idiotness.

I sent out some manuscript queries on Thursday.

I get a phone call this morning, from a real live editor who says, “Um, is this C.C. Jones?”

“Yes,” I say while pouring out cat food.

He then proceeds to tell me he got my query, wants to see more of my manuscript, but his email requesting it bounced back. 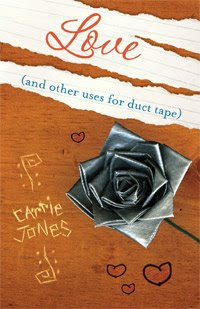 I then apologize and berate myself for not even being able to spell my own last name! What an idiot. He gives me an email address. I send him the rest of the manuscript.

Yeah, that baby’s going somewhere. Not.

Although, he was kind and he did say, “It’s the manuscript I care about, not your inability to spell your own name.”

What a nice man. Even when he rejects the manuscript. He’s still a darn nice guy.

So, despite the fact that I can’t spell, the nice editor man called me back yesterday and talked to me for 40 minutes and told me all the good stuff about my book and what he thinks could get better. It was like talking to a Vermont College mentor. It was really cool. He was brilliant and really, really nice.

And he’s starting the book through the acquisitions process at his imprint, which is really cool… But, I’m not getting my hopes up about it, until papers are signed.

Still, he had the best insight on the piece and I am so excited about working on it. So, that’s what I’m going to do. I’m going to go work on it. He only wants another 10,000 words. Geesh. Piece of cake. Ha.

Well, here’s a quick update on the sweet editor man. He sent me an email, which I can not quote verbatim, because it’s somehow infringing on copyright. HOWEVER, he said that he wanted to let me know what’s going on, that the piece is heading to the acquisitions committee on Thursday and he’ll call me when they’re done.

That is so sweet of him.

But now I’m going to be a nervous wreck until Friday and I’m already hyper and neurotic enough as it is. I think everyone in my family will soon disown me.

On a positive note, I wrote 15,000 more words on it this week and I’m really happy with it. It’s done the Sarah A. rubbing thing, where the characters work off each other. I’ve put more setting in, which is good because I’m weak with setting. I’ve also changed the ending and added a couple of conflict scenes. Oh, and sweet editor man said he hopes I’d have a great weekend. Is he crazy? As I told Emily Wing Smith, no matter what happens I’ve made the piece better already, so I can’t complain when he dumps my butt. So, yeah… Now, back to revising my critical thesis.

He talked to the acquisitions committee today and wanted to call me about it before he battled the snowstorm and drove home. He said they were all “very enthusiastic about it.” They liked the writing, especially the details and he said even the people who don’t like YA were hooked.

So, he’s calling me in the morning to give me contract details, etc… which is great except I know absolutely nothing about contracts because I never thought I’d get offered one. Oh, the stupidity of me continues….

Thanks again to Carrie!! I hope you all enjoyed her post, I know I did. Also don't forget to go and get Girl, Hero today, or while your at that Breaking Dawn Party tonight!! This way we can help Carrie relieve herself of those nasty insecurities:)
Posted by Tasha at 9:37 AM

Great guest blog, and very funny!! I really need to read Carrie's books soon. You have no idea how long I have wanted to read Tips on having a Gay (Ex) Boyfriend. I wonder if my library has it...

Hilarious guest post! Loved it. And i've been meaning to read her stuff as well...I really will get around too it. Girl, Hero might come first though. It sounds AWESOME!

I've nominated you! Check out my blog for the details. :)

Thank you so much for sharing that Carrie. I love reading getting published stories. And I really want to check out your books now.

Lenore, It's easy to share my getting published story because I think it makes other authors realize you can do absolutely everything wrong and miracles can happen. Seriously. I mean how hard is it to spell Jones?

And thanks Lauren and Book Chic for even wanting to read the books. It makes this insecure writer feel a tiny bit better. Although, it does lead to 800 million other insecurities.

And Tasha, thank you SO much for interviewing me. You're too great.

That was fun to relive!

Hey I nominated you! Check out the rules here: http://bookreviewmaniac.blogspot.com/2008/08/who-me-nominated.html

cool interview! i nominated you for the brilliante weblog award, too! check out my blog for deets.

This was a hilarious guest blog. I'll make sure to check out her new book Girl,Hero soon. :)