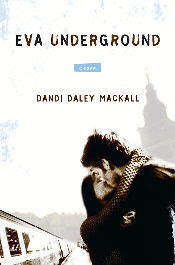 It's 1978 and Poland is still under communism's reign. The militia control everything from food to religion. How does this relate to American girl Eva Lott? Well her father has decided to uproot her from her perfect life in Chicago to a small village in Poland in order for him to lead an underground newspaper. Eva is devastated. She doesn't want to leave her amazing best friend and her awesome boyfriend, plus she just earned a spot on the varsity swim team. Eva is furious that her father won't let her stay with her best friend Melanie, but with no other choice she packs two measly suitcases and accompanies him on his journey. After an arduous and frightful trip, Eva and her father finally arrive in Poland and are greeted by Tomek. Tomek doesn't say much, but Eva finds him very handsome, although he seems very standoffish. He leads them to a house in Zakopane, Poland which will be the newspaper's headquarters. Tomek introduces them to all the other people living in the house, but Eva feels unwelcome and immediately starts planning an escape route. When it finally comes time to escape Eva feels that she has become used to Poland and it's strangeness. She also thinks that there may even be something pulling her towards Tomek. Will Eva stay, or will she go? Will her father be successful in creating an underground newspaper?

This book was okay. To me it started out a little slowly. It wasn't until about the half-way point that I really got interested in the story. I had never really read anything about the "Iron Curtain" in Poland and this really opened my eyes to what other people, who were not free, had to endure on a day-to-day basis. The romance that blossomed between Eva and Tomek was cute - it wasn't unexpected, but it was sweet. What can I say, I'm a sucker for love!! I have to say the historical facts were my favorite part of the book. They are the only things I really remember.
Posted by Tasha at 8:58 PM

I really loved this book. Yes, the ending was uninteresting for me and a little confusing but in the middle i just adore when she starts to help them. The romance is wonderful, it made me want to read it again and again and its exactly what i look for in books.